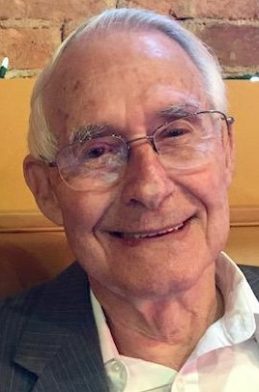 Delbert was a 1952 graduate of Colcord Oklahoma High School.  A veteran of the U.S. Army, he served from 1951-1955 in the Korean War.  He was a minister and electrician, owning Anderson Electric in Silom Springs, AR and Ozark, AR.  Delbert was an ordained minister with the United Pentecostal Church International.  He served as pastor in Huntsville, Ozark, and in Alma, AR. He retired from his electric business in 2008 and in 2011 retired from his church in Alma, AR.  He had lived in Silom Springs, AR for 38 years, Ozark, AR for 29 years, and in Alma, AR for 13 years before moving to Frankfort in 2013.  The church and his family were his life.

In addition to his parents, he was preceded in death by a brother, 3 sisters, and a grandson Steven Cole Anderson.