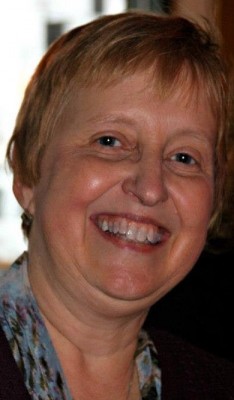 Deborah A. Sheets 53, of Frankfort, IN, passed away at 9:50 p.m. on September 7, 2013 at her home. Born April 22, 1960 in Lebanon, IN to James Brewer and Vera M. (Stevens) Robison. She was formerly married to Michael W. Cook and Timothy J. Sheets and they divorced. A lifelong Frankfort resident, Deborah was a 1978 graduate of Frankfort Senior High School. She received her BS in General Studies from Indiana University and her teaching certificate in history from Indiana University in 2008. Deborah was a department manager at Wal-Mart, a paraprofessional with Frankfort Senior High School, a Carroll County adult education director and worked with the Clinton County Adult Education Program. She was a member of Trinity United Methodist Church and had formerly attended Michigantown United Methodist Church. She was a past president of Frankfort Music Parents; past president of Michigantown United Methodist Women’s Circle, past Education Director of Trinity United Methodist Church and was a member of Zonta. Deborah considered herself a lifelong learner.

Her parents and one brother.

36 Condolences for “Deborah A. Sheets”