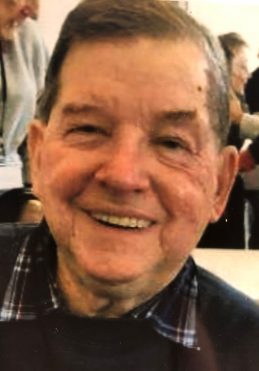 It is with deep sorrow and great victory that I share the news that David left his body of cancer behind on September 27, 2021 at Homewood Health Care in Lebanon, Indiana, after 7 years of fighting cancer in his body and went to Heaven to be with his Savior.  He left behind Brenda Kay McMillin, his wife of 50 years, two sons, James McMillin of Avon, Indiana, granddaughter, Beth (McMillin) Loughlin of Virginia and Pete (Amy) McMillin, grandsons, Michael, Chad, Joshua, Mason and granddaughter, Brooke of Hagerstown, Maryland and a daughter, Diana (Michael ) Moua with their 4 sons: Aaron, Austin, Aiden, Ashton and a granddaughter, Alyssa, brother, Jay (Jenne) McMillin of Battleground, Indiana, an uncle, Leonard Maier of Park Ridge, Illinois and two aunts, Marilyn Maier of Park Ridge, Illinois and Coletta Maier of Morton Grove, Illinois.

He was born July 23, 1945 in Lafayette, Ind., to Arthur William & Bernice Anna Clara (Maier) McMillin who both preceded him in death. He married Brenda Kay (Crowell) McMillin on February 14, 1971 at Grace Baptist Church, Frankfort, Ind. by Pastor John Sherman.

He was educated in Klondike School in West Lafayette and received his GED while in the Army, stationed in Germany.  He was employed at Purdue University as a stage hand, Sherwin Williams as a clerk and retired from Indiana Gas (Vectron -that is now CenterPoint Energy) on August 1, 2008, where he had worked for 34 years as a Service Specialist.  He had been to every home in Frankfort and Clinton County that has Natural Gas.

He was a member of Faith Church, Lafayette, Ind. and a life time member of the Creation Museum in Kentucky.

He was buried in Bunnell Cemetery and Goodwin Funeral Home was honored to assist with arrangements. In lieu of flowers, donations can be given to Faith Bible Seminary, where men are trained to be preachers while working in a local church and come out of school with no debt to repay. Send donations to Faith Church, 5526 State Road 26 East, Lafayette, IN 47905-8712.

His half-brother, Dan McMillin, preceded in him death on October 14, 2011.