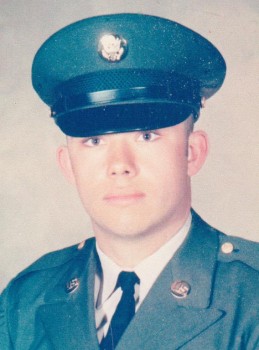 David L. Worley 66, of Frankfort, IN, died at 12:40 p.m. April 30, 2014, unexpectedly at home. Born October 4, 1947 in Frankfort, Ind. to the late Paul & Beverly (Carmen) Worley. He married Theresa Davy on June 8, 1969 in Frankfort and she survives. He was a 1966 graduate of Frankfort High School. David was a veteran of the U.S. Army, serving from 1967-1973, during the Vietnam War. He was a longtime auto body repair man and painter, working for shops in Frankfort and Lafayette. He then went to work for Caterpillar, retiring in 2012. David enjoyed fishing, car shows, yard sales and was a NASCAR fan.

Visitation will be 1-3 p.m. Monday, May 5, 2014 at Goodwin Funeral Home, 200 S. Main St., Frankfort. Services will follow at 3:15 p.m. at the Green Lawn Cemetery Chapel. Richard Greeno will officiate. Burial with Military Honors will follow in Green Lawn Memorial Park. Memorial may be made to the Riley Children’s’ Hospital or the Victory Junction Camp.