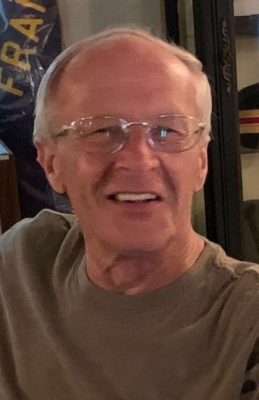 David Clark passed peacefully in his sleep Saturday February 26th, 2022 after a month-long illness. He was born July 10th, 1946 in Frankfort, to Rev. Charles & Louise Clark (Robison). Dave was a 1964 graduate of Frankfort High School. He was of the Baptist faith.

Dave was married to Chris Clark for 17 years and they remained close friends & business partners. Dave and Chris had a daughter, Paige Land (Clark), to whom Dave was a devoted and loving father.

Dave served his country as a US Marine during the Vietnam War and retired from General Motors after 30 years. In retirement, Dave enjoyed being part of the Frankfort community through his antique store, Peddlers Alley.

Dave’s love for his many friends, and his unselfish attitude to all he encountered, will be missed by so many. He was a member of the American Legion, Eagles Lodge, & the VFW where he loved having his morning coffee & shooting pool.

To honor Dave’s request, no services are planned. A celebration of life will be held at a later date. Memorial donations may be made to the Frankfort VFW.