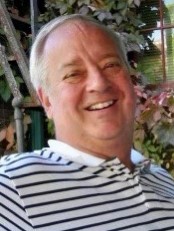 Daniel E Gray, cherished husband, and beloved father lost his battle with cancer at home surrounded by family in Indianapolis, IN on November 23rd at the age of 73. He was born in Elwood, IN on December 2, 1948, to Mary E. Cockrill & Edwin M. Gray.

Aside from his family, another great source of pride for Dan was his service to country in the United States Army. Shortly after graduating from Broad Ripple High School in 1967, Dan enlisted in the Army. Even after his throat cancer diagnosis, presumably caused by Agent Orange, he still regarded the decision to enlist as one of the best he ever made.  He received many awards and honors for his service in Vietnam, including a Bronze Star, Purple Heart, and a Commendation Medal.

Following an honorable discharge from the Army, Dan attended business school at Indiana University in Bloomington and graduated with a Finance degree in 1973. He worked as a general manager at General Motors and a variety of plastics manufacturing companies, while building his investment portfolio in residential real estate.

Dan embraced the simple pleasures in life and especially cherished time with his wife at their home near Vero Beach, Florida, visits from his children and grandchildren, as well as the company of many lifelong friends. He loved golf cart rides with his German Shepard, or a convertible cruise with the top down on a beautiful day. He was an avid card player and most enjoyed blackjack or a game of euchre.

Having an effortless sense of humor and charm, Dan was often the life of the party and made friends easily. He possessed an unassuming personality and put people at ease with laughter and an uncanny ability to say whatever was on his mind. He will be fondly remembered and missed by many.

Dan’s family would like to thank the wonderful care teams at the Roudebush VA Medical Center in Indianapolis whose dedication to service members and tireless quest for knowledge helped him handle his diagnosis with grace, strength and laughter all the way to the end.

A graveside service with full military honors will be conducted on Saturday, December 3rd at 2:00 p.m. in Crown Hill Cemetery, Indianapolis, followed by a celebration of life at the White River Yacht Club, 1400 E 74th St., Indianapolis, from 4-7 p.m. In lieu of flowers, the family requests that you consider a donation to the Vietnam Veterans Memorial Fund.

He is survived by his spouse, Jean Ann Gray of Indianapolis, IN, his children Alexandra Bove (Scott) of Carmel IN, R. Christopher Gray (Alyssa) of Indianapolis IN, his siblings Alexa Schofield (Robert) of Franklin, IN, Jan Fuller (Ron) and Charles Gray of Ft Worth, TX and his grandchildren Evan Gray, Lincoln Mayo, Nash Bove, Cooper Bove and Benjamin Gray.

Dan was predeceased by his mother and father, his brother Robert Gray, and his son, David Gray.