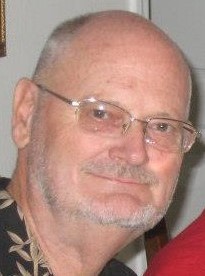 Dan was a 1962 Graduate of Frankfort High School. He had lived in Frankfort for 61 years, before moving to Monticello, Indiana in 2007.  Since April of 2017, Dan and his wife and had lived in North Port, Florida.  He retired from Chrysler in Kokomo, Ind., after working for 38 years.  A veteran of the U.S. Army, where he served in Germany.  He was a former member of the Eastside Christian Church and Monticello Christian Church, American Legion, Moose Lodge.  Dan enjoyed bowling, boating, fishing and visiting with friends.

In addition to his parents, he was preceded in death by 3 sisters, Judy Crutchfield, Barbara Mascari and Nancy Spray, and his twin brother, Dennis Spray.