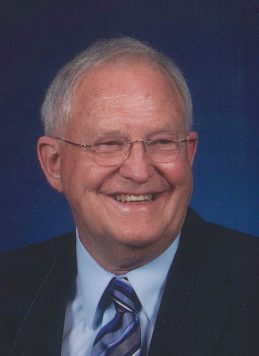 Dan F. Snodgrass, 87, of rural Frankfort, died March 9, 2022 at HCA Florida Englewood Hospital, Englewood, Florida.  He was born on August 8, 1934 in Frankfort, Indiana to Wilbur and Helen (Ricketts) Snodgrass.  He was a loving husband to his wife, Phyllis Ann Mays.  They were married on August 26, 1955 in Frankfort and she survives.

Dan was a 1952 graduate of Frankfort High and earned his Associates Degree from Purdue in 1988.  He was a member of St. Matthew United Methodist Church and a 55-year member of Mulberry and Vesta Masonic Lodge and Order of Eastern Star.  He had been Master in 2002 and Worthy Patron 22 times.  Dan retired in 1988 as a Supervisor for General Foods and retired from Purdue University in 2003.  He loved playing golf and running road races when younger.  He was a train enthusiast and especially loved steam engines.  Dan enjoyed his winters in Florida and was an avid card player.

In lieu of flowers, memorial donation may be made in Dan’s honor to the American Heart Association, American Cancer Society, or Riley Children’s Hospital, with envelopes available at the funeral home.