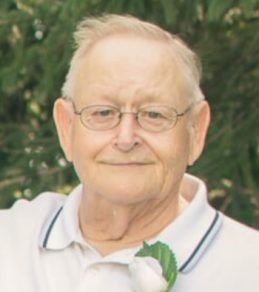 Dale A. Brittain, 73, of Kokomo, died at 3:50 p.m. October 18, 2018 at St. Vincent Hospital, Indianapolis.  He was born December 27, 1944 in Clinton County, Ind. to George A. & Betty J. (Morphew) Brittain.  He married Carolyn Hall on May 6, 1966 in the First Baptist Church and she preceded him in death on February 3, 2012.  He married Patricia (Miller) Emry on December 13, 2013 and she survives. Dale was a graduate of Frankfort High School.  He was a produce manager for Kroger in Frankfort, worked at Peter Paul Cadbury, Exide, and retired from Peters in Indianapolis.  He was a minister for over 20 years, serving the Union Baptist Church in Forest, Ind. for 18 years, retiring from the church three weeks ago.  A veteran of the U.S. Army, he served in France.  Dale was a member of the VFW in Kokomo, where he was Chaplin, was associated with the VFW 40 & 8 there, was very active in the Kokomo VFW Military Rites Team and was active in the Forest Ministerial Association.

Visitation will be 5-8 p.m. Tuesday, October 23, 2018 at Goodwin Funeral Home, 200 S. Main St., Frankfort. Funeral service will be 11 a.m. Wednesday, October 24th at the funeral home. Burial will be at a later date in Union Cemetery, near Forest, Ind.

He was preceded in death by his first wife, a sister, Donna Wallace and a grandson, Jonathan Mayfield.

12 Condolences for “Dale A. Brittain”