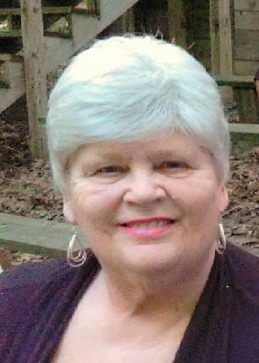 Cheryl A. “Cherie” Smith, 70, of Frankfort, Ind. was surrounded by loving family and friends when she went to be with the Lord December 15, 2017 at IU Health Arnett in Lafayette.   Born April 9, 1947 in Clinton County to Harry Unroe and Judy (Sullivan) Johnson.  She married Terry A. Smith on June 17, 1966 in Frankfort and he survives.  Cherie was a 1965 graduate of Frankfort High School and attended Rudae’s Beauty College in Lafayette.  She was a homemaker, an attendant at Akard’s Gas Station, and a Beauty Operator at various beauty shops.  She was a member of East Side Christian Church.  She was a devoted wife and mother and loved being a grandmother.

A funeral service will be 10:30 a.m. Thursday, December 21, 2017 at Goodwin Funeral Home, 200 S. Main St., Frankfort, Ind. Visiting will be at 5-8 p.m. Wednesday, December 20th at the funeral home. Pastor Frank Harness will officiate the service. Burial will follow in Bunnell Cemetery in Frankfort. Memorial donations may be made to East Side Christian Church 1759 East Walnut Street, Frankfort.

She was preceded in death by her father, mother and step-father and her sister-in-law: Lois Heirman.

20 Condolences for “Cheryl A. “Cherie” Smith”