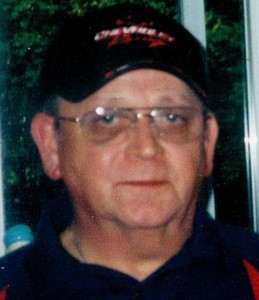 Charles V.“Chick” Laughner 73, of Frankfort, IN, died February 4, 2016 at his home. Born May 4, 1942 in Frankfort, IN to Virgil & Elizabeth (Sheets) Laughner.  He married Marcia C. Myers on July 1, 1960 and later divorced.  He then married Patricia Miller on February 10, 1979 in Frankfort and she preceded him in death on December 17, 2002.  Chick was a 1960 graduate of Frankfort High School.  He was a union meat cutter since 1957 and worked at Schultz Market.  He was a member and past President of Eagles Lodge in Lebanon and Frankfort and Meat Cutters Union Local #176.

Services will be 12 Noon, Monday, February 8, 2016 at Goodwin Funeral Home. Visitation will begin at 10 a.m. until time of service at the funeral home. Memorial donations may be made to the Clinton County Humane Society. Burial will be in Green Lawn Memorial Park.

his parents, wife, 3 brothers and 4 sisters.