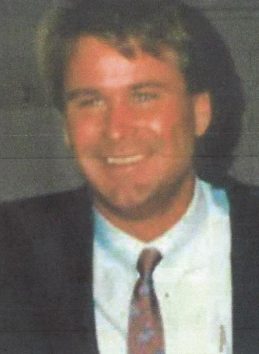 Charles Scott Goodwin (Age 67) peacefully passed away October 21st, 2021, at John Muir Medical Center, Concord, CA with friends and family at his side. Scott was born on July 16, 1954, at Holloman Air Force Base in Alamogordo, New Mexico. Scott was the first of three sons born to Joyce Lewis (Bend) Goodwin and Charles Samuel Goodwin. His parents precede him in death.

During his youth, Scott participated in several sports, and created havoc for his younger brothers, and spent two summers attending Culver Military Academy. He graduated from Frankfort Senior High School in 1973 and attended college at St. Petersburg College. Upon returning to Indiana, Scott started his railroad and transit career working for American Rail Systems as a Lead Signalman on the Norfolk & Southern Railroad. He moved to Baltimore and worked on the Baltimore Regional Rapid Transit System which ran through the downtown Baltimore area. He continued working several projects on the East Coast including projects in New York City. In 1989, he moved to Southern California to continue his career with the Los Angeles County Transportation Authority. Scott worked several projects which took him up the Western coast of California to San Francisco where he worked for the Bay Area Rapid Transit Authority. Scott loved working in the railroad and transit fields, he was valued by his colleagues and felt very passionate about his career.

Scott was generous, intelligent, unique, thoughtful, and hardworking. He had a kind soul and loved his family deeply. He enjoyed coming back to Indiana to visit with family and friends and had a committed dedication to see as many Indianapolis 500 races as possible. Scott will be missed by many and will be remembered with love.

A Celebration of Life will be held at 2 p.m. Friday, May 27, 2022 at Green Lawn Cemetery. In lieu of flowers, donations can be made to the American Liver Foundation. The Goodwin family requests that dress be casual, Scott would not want it any other way. After the Celebration, those that wish can head out to Terry and Dae Lenna Pippenger’s at 3701 N. Hamilton Road, Mulberry, IN 46058, for a reception in Scott’s honor.

One Condolence for “Charles Scott Goodwin”