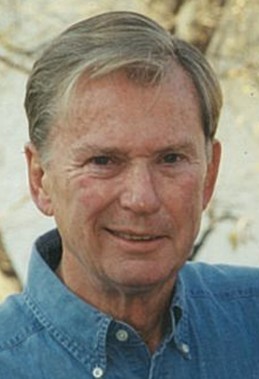 Charles Samuel Goodwin, former Frankfort resident, was born on April 28, 1931 in Frankfort, IN. He passed away on the day before his 82nd birthday, April 27, 2013 following a long battle with an illness called Multiple Systems Atrophy. He died at his home in Avon with his loving family and his boxer, Sage, at his side.

He was a 1949 graduate of Shortridge High School in Indianapolis and attended the University of New Mexico (Lobos) in Albuquerque where he was a member of the Sigma Chi Fraternity. In September, 1951, he enlisted in the U.S. Air Force and served in Korea during the Korean War. He received an honorable discharge on August 19, 1954 as airman first class from Holloman AFB, New Mexico. He married Joyce L. Bend and that union produced three wonderful sons. He then married Kathleen K. Gochenour on July 7, 1979 and she survives.

After returning from Korea, Sam followed in the footsteps of the Goodwin family tradition and graduated from the Indiana College of Mortuary Science. He then spent the next twenty plus years in the funeral and ambulance business, first as a partner in the Goodwin Funeral Home in Frankfort, and then as a casket sales representative covering the lower half of Indiana and Ohio. In 1985 he became a Registered Representative for the Prudential Insurance Company, working 10 years, and retiring in 1995. While living in Frankfort, Sam was involved with many organizations and community projects. He was a member of the First Presbyterian Church, Frankfort, past governor and life member of the oldest Moose Lodge, Frankfort Lodge No.7, a 50 year member of Eagles Lodge Aerie No. 976, former member of the Clinton Masonic Lodge and a 50 year member Murat Shrine. He was a 59 year member of Elks Lodge No.560, and a 59 year member of VFW, Walter T. Cohee American Legion Post #12, 40 & 8. He also was constituted as a Life Loyal Sig of the Sigma Chi Fraternity in 1979.

During his retirement he continued his weekly Thursday luncheons and Friday golf outings with his buddies until 2006 when he was diagnosed with Multiple Systems Atrophy, (M.S.A.). Before his demise, he and his wife, Kathy spent many hours educating those with questions regarding this dreadful disease. Funds are needed for the awareness and continued research of this emotionally painful and disabling impairment, which will and does lead to costly medical bills as well as the loss of loved ones. Like Parkinson’s disease, which is usually the first diagnosis of M.S.A., it carries with it the shutting down of many essential organs needed to sustain life. The family requests that memorial gifts be given to the M.S.A. Coalition, 8311 Brier Creek Parkway, Suite 105-434, Raleigh, NC 27617.

Sam was a charismic, delightful, and warm-spirited man who will be deeply missed by all who knew and loved him.

The Goodwin Family is honored to celebrate the life of Sam Goodwin with family and friends from 4-8 p.m. Thursday, May 23, 2013 at the Waterford Lakes Clubhouse, 309 Lakeview Ct., Avon, Indiana 46123.

His wife, Kathleen of Avon, IN, sons, Scott from Oakley, CA, Sammy from Lafayette, IN, and Steve (Renee’) from Philadelphia, PA, his mother-in-law, Nondas Gochenour Shaffer, Mulberry, IN and a sister Ann Crimmel Elmer (John), Canton, NY. In addition he is survived by 5 grandchildren: Kailey S. and J. Shayla Goodwin of California and John (fiancée` Amy), William Shawn, and Charles Ryan Goodwin all from Philadelphia, PA. A special nephew, Hal Crimmel, wife Ingrid and daughter Natalia of Salt Lake City, Utah, and a dear niece Catharine Shields, husband Marty and children, Isabelle, Hayden, and Tess Shields of Greenfield, NY also survive their uncle.