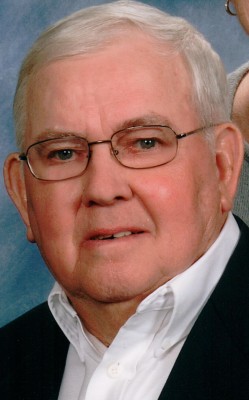 Charles Norman Perrel 79, of Frankfort, IN, died at 9:54 a.m. Tuesday, August 13, 2013 at his home. Born May 22, 1934 near Michigantown in Clinton County, IN to Taylor & Gayle (Bond) Perrel. His first marriage was to Elizabeth Davis and she preceded him in death on May 4, 1999. He then married Gloria (Jackson) Schoner on February 14, 2002 in Frankfort and she survives. Mr. Perrel was a 1952 graduate of Michigantown High School and took the Ag Short Course at Purdue. He served in the National Guard for 8 years where he attained the rank of Sergeant. A farmer for 25 years, he also worked at Fairground Implement as a service manager for 13 years and owned Eastview Lawn Service for 20 years. Norman enjoyed restoring, repairing and collecting Allis Chalmers tractors and was a member of the Clinton County Antique Machinery Club. Norman was a member of the First Baptist Church in Frankfort. Among his many interests were waterskiing, boating, he enjoyed the Statler Brothers, Overtones and Gaither gospel music videos. He was the founding member of the local Rook Gang and was active for many years in the 4-H Club.

Visitation will be 4-7 p.m. Thursday, August 15, 2013 at Goodwin Funeral Home. Friends may also visit from 10-11 a.m. Friday August 16th with the services beginning at 11 a.m. at the funeral home. Burial will be in Green Lawn Memorial Park. Memorial donations may be made to the Clinton County Antique Machinery Club, c/o Sharon Ping, 811 E. Washington St., Frankfort, IN 46041 or the First Baptist Church, 301 S. Columbia St., Frankfort, IN 46041.

He was preceded in death by his parents, and step great granddaughter, Kaylee Warren.