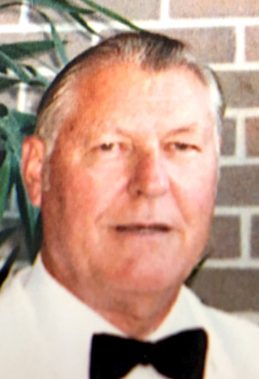 Chuck was a graduate of Thomas Jefferson High School in Council Bluffs, Iowa.  He lived in Council Bluffs until 1955, before moving to Frankfort.  A veteran of the U.S. Army, he served from 1942-1946 in the European Theater.  Chuck was owner & president of Peet’s Feeds, Inc., where he worked from 1939 until selling the company in 1984.  He was a member of First Christian Church, Masonic Lodge, Scottish Rite, Shriners, Moose Lodge, Elks, lifetime member with 56 years of perfect attendance of Kiwanis, was distinguished Lt. Governor of Sagamore Division.  His hobbies were golf and old cars.

A Memorial Service will be held at 10:30 a.m. July 28th, 2017 at the First Christian Church, 58 S. Columbia St., Frankfort, IN. Pastor Pam Ditson-McCall will officiate. Entombment will be in the Clinton County Mausoleum, Green Lawn Cemetery, Frankfort, IN. Memorial donations may be made to the Kiwanis International Foundation or charity of choice.