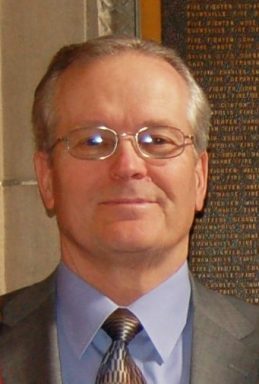 He was a 1969 graduate of Clinton Central High School and attended Purdue University.  In 2004 he received an honorary Doctorate of Divinity and in 2005 he received an earned Doctorate of Theology.  For the past thirty years, Charles lived a life of Christian faith, serving God as a missionary teacher to nations around the world. He was an amazing husband, wonderful father, and fantastic grandfather.

Visitation will be at Goodwin Funeral Home, 200 S Main Street, Frankfort, Indiana from 1-3 p.m. on September 17, 2020. A funeral service will be held at 3 p.m. following the visitation. Wally Shelton and Rev. Randy Campbell will officiate. Donations in lieu of flowers can be made to Community Family Church/WOW Missions, 11875 Taylor Mill Road, Independence, KY 41051, to continue his work in Peru. Out of respect for the health, safety, and comfort of all in attendance, guests will be expected to adhere to current CDC guidelines regarding appropriate social distancing and the wearing of masks.

Charles married Barbara Lynn Colson on September 19, 1971 at the Antioch United Church of Christ in Antioch, Indiana, and she survives.  He is also survived by two children, Laura (Jeff) Valentine of Fishers, Indiana, Angela Oberding of La Follette, Tennessee, four grandchildren, Rhys Oberding, Lily (John) Hayden, Olivia and Ava Valentine, and one great-grandson.  He is also survived by his father, James F. Neal, two brothers, Steve and David Neal and one sister, Joy Neal, all of Clinton County, Ind.

22 Condolences for “Charles A. Neal”