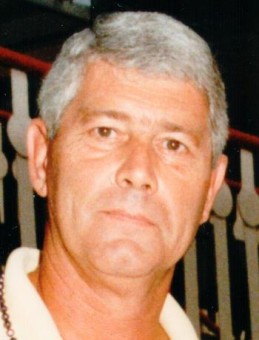 Carroll Curtis Lock 64 of rural Frankfort died January 6, 2016 at St. Vincent Frankfort Hospital in Frankfort.  He was born on October 6, 1951 in Clinton County, Indiana to Glen Everett “Bill” Lock & Eileen L. (Phebus) Lock Null.  He married Vicki Guffy on April 11, 1970 in Jefferson United Methodist Church and she preceded him in death on September 9, 1970. He then married Margaret L. Ayers on October 6, 1972 in Frankfort and she survives. Mr. Lock was a 1969 graduate of Clinton Prairie High School and received his AS in 1981 and a BS in 1983 from Indiana University. He was a veteran of the U.S. Air Force. Curt was a lifelong Clinton County resident. He was a heavy equipment operator, working for Fauber Construction Company and International Union of Operating Engineers Local 103, retiring November 1, 2006. He was a member of the St. Mary’s Catholic Church, American Legion Post 12 in Frankfort where he was past commander, 40 & 8 and Knights of Columbus

A Funeral Mass will take place at 11 a.m. Monday, January 11, 2016 at St. Marys Catholic Church in Frankfort. Visitation will be held from 4-7 p.m. Sunday, January 10, 2016 at the Goodwin Funeral Home. The Rosary will be held at 3:30 p.m. Sunday prior to visitation at the funeral home. Burial with military rites will follow the mass at Green Lawn Memorial Park. Memorials may be made to the American Legion Post 12 Honor Guard or the Clinton Prairie School Foundation. Envelopes will be available at Goodwin Funeral Home.

his parents, first wife, Vicki and a brother, Glen Lock.