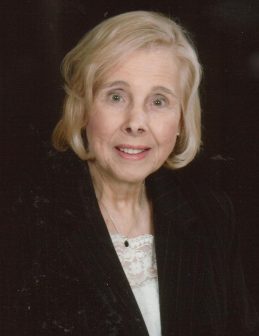 Joe and Carolyn have lived near Thorntown, Indiana for 16 years.  Prior to that, they lived across Indiana serving local United Methodist Churches in Colfax, Lapel, Elkhart, and Uniondale.  They also lived in Sunnyside, GA, when Joe was in seminary, serving the Sunnyside, County Line and Vaughn Methodist Churches.

Carolyn lived an amazing, fruitful life of ministry.  Besides serving as a pastor’s wife for 50 years and stay-at-home mom while her children grew up, she was commissioned as a missionary by the United Methodist Church (UMC) in 1988.  Music was a huge part of her life. She was in choirs throughout high school and at Taylor University was a part of the Varsity Trio.  She also participated in Choirs in every church they served as well as leading children’s choirs and Vacation Bible School Music. Music was something Carolyn and her husband enjoyed in their free time as they loved to attend Beef and Boards musical/plays as well as the Indianapolis Symphony.

She teamed with Joe to selflessly serve others for decades.  Carolyn and Joe were Area Co/Coordinators of Operation Classroom, a mission to Liberia and Sierra Leone from 1987 to 2012.  Joe and Carolyn’s impact on the mission is clearly seen by the naming of a secondary school after them:  Joseph and Caroline Wagner School of Kenma, Sierra Leone.  She also teamed up with Joe to lead short-term mission workteams across the globe, including Haiti, Sierra Leone, Liberia, Zimbabwe, Brazil, Puerto Rico, St. Croix and Oklahoma.  From 1985-86, she assisted Joe with InterSharing, a UMC “Volunteer In Mission” ministry by serving as office administrator.

Carolyn showed herself as a real “trooper” and adventurer in driving the support vehicle for her son Rich as he rode his bicycle across the United States twice to raise over tens of thousands of dollars for a child immunization program in Haiti back in 1986 and 1989.  To be clear, that is driving a van for 6,000 miles at 15 miles per hour!

Additionally, she had an extended work history.  From 1980-86, she was Sales Counselor for Gospel Gift Shop, a Christian book store and church supplier in Noblesville, Indiana.  From 1977-78, she drove a van for a nursery school for disadvantaged children in Elkhart, Indiana.  From 1965-75, she was a substitute elementary teacher in the Uniondale and Elkhart, Indiana schools.  From 1961-63, she was a receptionist/secretary for the eye specialists in Atlanta, GA.  Finally, from 1960-61, she served as six-grade teacher at a private Christian school in Atlanta, GA.