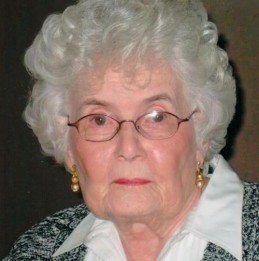 Carol I. (Dykes) Larsh 87, of rural Colfax, died at 2:26 P.M. March 2, 2014 at Wesley Manor Health and Rehabilitation Center. Born June 18, 1926 in Tippecanoe County, Ind. to Orville & Martha (Arndt) Stingley. She married Robert C. Larsh on February 14, 1946 and he preceded her in death on March 1, 1991. Mrs. Larsh attended Stockwell School, was a 1944 graduate of Colfax High School and a lifelong rural Colfax resident. A homemaker, she started working at Jefferson Elementary as a library aid, then worked as treasurer for Clinton Prairie Elementary School, retiring in 1997. Carol was a member of the Colfax Christian Church, Perry Township Home Ec Club, OES, American Legion Auxiliary, formerly in Colfax, was a 4-H Leader and an avid Purdue Basketball fan.

In addition to her husband, she was preceded in death by granddaughter, Angie Larsh and 3 brothers.