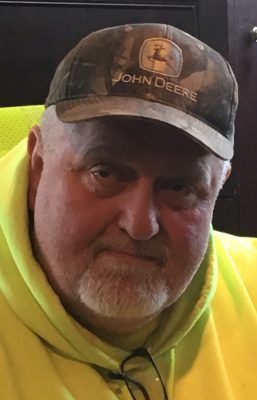 Carlos ‘Wayne’ Webster 58, of Frankfort, Ind., died at 3:43 a.m. November 23, 2016 at his home.  Born August 21, 1958 in Bowling Green, Kentucky to Carl & Neda (Moore) Webster. He married Mickey Dubree on July 17, 1991 in Frankfort and she survives. Wayne was a graduate of Butler County High School in Morgantown, Kentucky and played football there. He moved to Frankfort in the late 1980’s.  Wayne had worked at General Battery and Coomers Saw Mill.  He was currently working for the Frankfort Street Department, where he had been for the past 24 years.  He was a member and past trustee for the Eagles Lodge in Frankfort.  Wayne was very active with youth athletics through the Boys & Girls Club, coaching and mentoring young lives was his pride and joy.

Visitation will be 5-9 p.m. Sunday, November 27, 2016 at Goodwin Funeral Home. Services will be 10:30 am. Monday, November 28th at the funeral home. Burial will be in Bunnell Cemetery. Memorial donations may be made to the Frankfort Street Department Children’s Christmas Fund, which was started by Wayne and Russ Anderson.

his parents and a brother, John Webster.