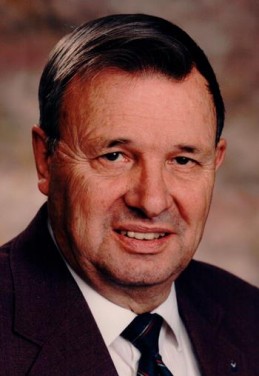 Carlos “Chink” Thompson 85, of Frankfort, died January 14, 2015 at Mulberry Health and Retirement Community.  Born June 19, 1929 in Clinton County to the late Carlos Sewell & Verda Pearl (Amyx) Thompson.  He married Phyllis Haverstick and she preceded him in death in 2002. He then married Marianne (Herr) Guest on September 13, 2003 and she survives.  Chink was a graduate of Colfax Schools. A veteran, he served during the Korean War. He managed body shops, worked at Schied Cadillac and retired from State Farm Insurance. He was a member of the Colfax Christian Church and was previously a member at the Pleasant Hill Presbyterian Church in Rossville. Chink loved and helped build two airplanes and enjoyed traveling.

Visitation will be Monday, January 19, 2015 from 11 a.m. – 1 p.m. at Goodwin Funeral Home. Services will follow at 1 p.m. at the funeral home. Burial will be in Bunnell Cemetery. Memorial donations may be made to the Mulberry HRC Memory Care.

a son Jerry Thompson and a sister, Joan Goldsberry.