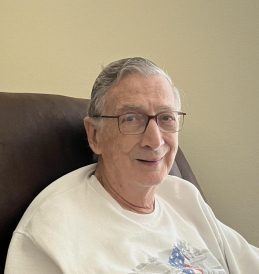 Carl B. McKee, 85, of Sarasota, Florida and formerly of Jeffersonville and Frankfort, IN, went home to be with his Lord on June 25, 2022 at Tidewell Hospice House in Sarasota, FL.  He was born on April 9, 1937 in Frankfort to Alva Warren and Helen Bonnetha (Colcord) McKee.  He married Carolyn Jeaneanne Hufford in 1956, and they enjoyed 64 years of marriage before her passing in 2020.

Carl was a high school graduate and served in the United States Air Force.  He was a Computer Program Analyst in the Insurance field. He was a member of the Maranatha Baptist Church in Jeffersonville. Carl will be remembered for being an avid card player and his love of golfing and bowling. He thoroughly enjoyed his move to Florida, especially the time he spent going on tranquil walks. His greatest joy was his family.

In lieu of flowers, donations may be made to Maranatha Baptist Church, 2935 Holmans Ln, Jeffersonville, IN 47130.

He was preceded in death by his parents, wife, daughter: Marlana Leitner, son: Michael McKee, and 2 brothers: Larry McKee and Hobart McKee.

4 Condolences for “Carl B. McKee”