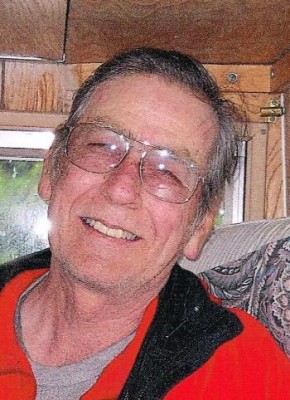 Express your sympathy by sharing this obituary with family and friends.
Bradford G. Cook Sr. 67, of Houston, Alaska, died November 28, 2012 in Alaska. He was born in Hollywood, California on April 28, 1945 to Robert W. & Mary L. (Timmons) Cook. His marriage was to Diane E. Kindley on May 26, 1966. Brad was raised in Frankfort from 1950-1964 and was a 1963 graduate of Frankfort High School. As a teenager, Brad worked at Mac’s Hamburgers and before enlisting in the service, The Box Factory and Ingram Richardson. He was a member of the CB Radio Organization. A veteran of the U.S. Air Force, he was a Staff Sergeant serving from 1964-1972, thirteen of those months in Vietnam. He was of the Protestant Faith and attended Victory Chapel as a young boy. Brad was an air cargo freight specialist, working for Reeve Aleutian Airways in Anchorage, Alaska.

As per Brad's request, no services are planned.

He was preceded in death by his father, a sister, Martha and a brother, Charles Dale.