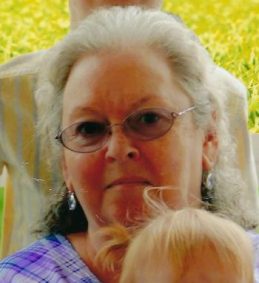 Bonnie was a 1967 graduate of Clinton Central.  She had lived in Bainbridge for 12 years moving back to Clinton County 7 years ago.  Bonnie was a homemaker and enjoyed being the neighborhood mom.  She was a former member of Forest Baptist Church.  She loved reading, drawing, knitting & crocheting was a seamstress and was very artistic and crafty. Bonnie wrote poetry and had some of her poetry published.

Visitation will be 1-2 p.m. Monday, April 22, 2019 at Goodwin Funeral Home, 200 S. Main St., Frankfort. Funeral Celebration will follow at 2 p.m. at the funeral home. Burial will be in Scotland Cemetery at a later date. Memorial donations may be made to Clinton County Cancer Fund.

In addition to her parents and husband, she was preceded in death by a brother, sister, half-brother and a half-sister.