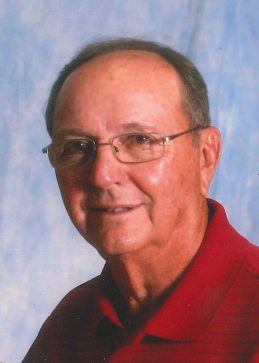 Bill was a 1953 graduate of Stonewall Jackson High School in Charleston and earned his degree in Business Administration in 1957 from University of Charleston.  He served 6 years in the United States National Guard from 1955 to 1962, attaining the rank of Second Lieutenant.  He moved to Frankfort in 1976 from Gallipolis, OH.  Bill worked as Human Resource Manager at Federal Mogul in Frankfort for 24 years, retiring in 1995.  He was a member of Kilmore United Methodist Church, was past County Chairman of Red Cross, past Blood Bank Chairman, past member of the Board of Directors of United Way, past President of Kiwanis, and Clinton County Redevelopment Authority.  Bill was an avid golfer and Purdue fan.  He enjoyed pickleball, reading, and bird hunting.

In lieu of flowers, memorial donations may be made to Kilmore United Methodist Church, 4159 North County Rd. 0 EW, Frankfort, IN  46041.