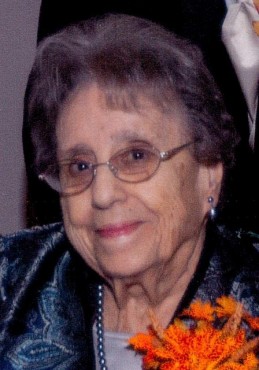 Betty J. Wainscott Davison 89, of Frankfort, IN, died February 5, 2016 at St. Elizabeth Hospital, Lafayette. Born October 30, 1926 in Frankfort, IN to Richmond P. & Letty (Reagan) Wainscott. She married Robert H. Davison on December 31, 1967 at the First Baptist Church in Frankfort and he preceded her in death in May 1998. Mrs. Davison was a 1944 graduate of Frankfort High School and lived in Frankfort most of her life.  She and her husband were former owners of Dairy Queen on McKinley Ave.  She was also worked in the  Clinton County Auditors office for 20 years, for Kimble Buick, Hiatt Refrigeration and Thrashers Department Store all in Frankfort.  She was a member of the First Baptist Church, Zonta and Sigma Alpha Chi Sororities.

Visitation will be 10-11 a.m. Wednesday, February 10, 2016 at the Wesley Manor Chapel in Frankfort with services following at 11 a.m. Officiating will be Chuck Williams. Private family burial will be in Plainview Cemetery, Colfax, IN. Memorial donations may be made to the Clinton County Cancer Fund, Frankfort Community Public Library or American Heart Association.