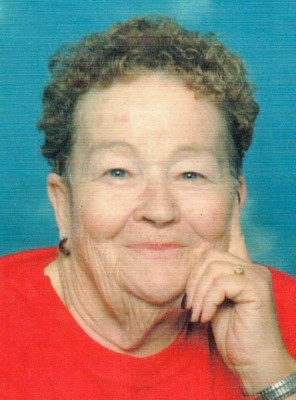 Betty “Boop” Brittain 87, of Frankfort, IN, died at 4:17 p.m. March 20, 2013 at the home of her son, near Forest, IN. Born August 16, 1925 in Frankfort, IN to Virgil Morphew & Myrtle (Gaunt) Williams. She married George Allen Brittain on March 8, 1941 in Frankfort, IN and he preceded her in death on January 4, 1995. Mrs. Brittain attended Frankfort Schools and lived in Frankfort her entire life. She retired from Unelectric, and after retiring, she worked at Harmesons Manufacturing. She was of the Christian Faith. Betty enjoyed bingo, casinos, camping, fishing, euchre, flea markets and was an avid collector of “Betty Boop”.

Visitation will be 4-7 p.m. Friday, March 22, 2013 at Goodwin Funeral Home. Family services will be held at Union Baptist Church, with burial in Albright Cemetery, Kokomo, IN. In lieu of flowers, memorial donations may be made to the Guardian Angel Hospice.

In addition to her husband, she was preceded in death by her parents, daughter-in-law Carolyn S. Brittain in Feb. 2012 and 3 brothers.