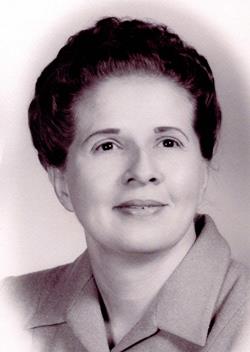 Berneice F. Marcum 92, passed away 6:30 p.m. Friday, April 25, 2014 at IU Hospital in Lafayette, IN. She was born on January 8, 1922 in Frankfort, IN to Fred & Myrtle (Fickle) Reagan. Berneice married James Robert Marcum on August 12, 1950 in Danville, Illinois and he preceded her in death in November of 1987. Mrs. Marcum retired in 1988 after working over 35 years at National Cigar in Frankfort. She lived her entire life in Frankfort and had formerly attended the New Life Assembly Church. Her joy came from spending time with her family and reading her bible.

Services will be held at 11 a.m. Wednesday, April 30, 2014 at the Goodwin Funeral Home. The family will receive visitors one hour prior to the service. Burial will be in Green Lawn Memorial Park and memorials may be made to the Good Samaritan Fund at Wesley Manor. Online condolences may be made at goodwinfuneralhome.com

She was preceded in death by a son, David Michael in 1969, 2 Stepsons, 2 Stepdaughters and was the last of 11 brothers and sisters.