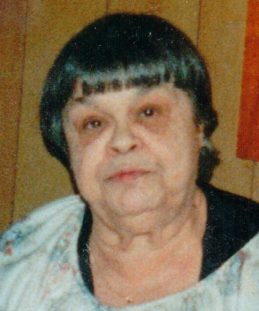 Barbara Joan Heaton, 85, a former Frankfort resident, died July 15, 2017 at the home of her daughter in Kokomo, Ind.  Born February 3, 1932 in Frankfort, Ind., to Clossie P. & Mildred I. (Cline) Brown.  Barbara was a 1950 graduate of Frankfort High School and lived most of her life in the Frankfort area.  She worked at UniElectric for 25 years.  She was a lifetime member of the American Legion, and the Woodside Christian Church. Barbara managed the Frankfort VFW and worked at the American Legion.

Visitation will be 1-2 p.m. Monday, July 24, 2017 at Goodwin Funeral Home. Funeral service will begin at 2 p.m. following the visitation at the funeral home. Memorial donations may be made to the Frankfort American Legion. Burial will be at Green Lawn Memorial Park

In addition to her parents, she was preceded in death by a brother, David L. Brown and a daughter, Penny Heaton.

One Condolence for “Barbara Joan Heaton”