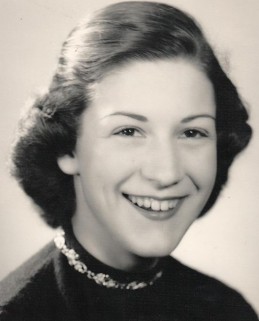 Barbara Jean Thomas McPhearson, 74, a resident of Frankfort, passed away at 6:51 p.m. Tuesday, June 10, 2014 at Select Care, Indianapolis, Ind. Barbara was born January 27, 1940, in Rossville, Clinton County, to Maurice and Fern (Hufford) Thomas. She spent her early childhood in Rossville and then moved to Frankfort with her family, attended Frankfort High School with the class of 1955, later graduating in Pensacola, Florida. She married Dale McPhearson on October 13, 1957 and then traveled with him for twenty years to most of his US Navy duty stations. She was active in several parent teacher organizations at various locations. She also was a member of the VFW Auxiliary, the DAR, and served as past President of the INDY Chapter of the Studebaker Drivers Club. Barbara was an excellent cook and enjoyed learning about food preparation. She also shared her husband’s enthusiasm for restoring and driving vintage Studebaker cars.

Visitation will be from 1-3 p.m. Sunday, June 15, 2014 at Goodwin Funeral Home, 200 S. Main St. in Frankfort with services beginning at 3 p.m. at the funeral home. Burial will follow in Green Lawn Memorial Park. Memorial donations may be made to the Salvation Army, 300 W. Washington St., Frankfort, IN 46041.