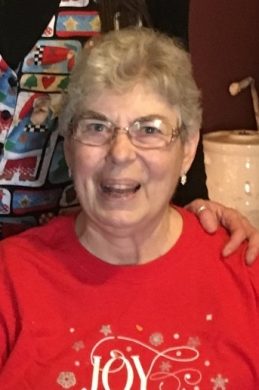 Barbara was a 1960 graduate of Frankfort High School and attended Purdue University for 2 years.  She was a lifelong Clinton County resident.  Barbara worked for The Farmer’s Bank as a teller, beginning at the Marsh branch and becoming the manager there.  She also worked at Kirklin branch and finished her career at Frankfort branch, retiring from there in 2006 after 25 years.  She was a member of the Master Gardeners with the Frankfort Public Library, was a past member of Michigantown Christian Church as well as Tri Kappa.  Barbara loved Easter, and was known to hide over 2,800 eggs.  She also enjoyed gardening, flowers, auctions and Christmas time with her family.

Visitation will be from 9-11 a.m. January 5, 2023 at Goodwin Funeral Home, 200 S. Main St., Frankfort. Funeral services will begin at 11 a.m. January 5th at the funeral home. Burial will be in Geetingsville Cemetery. Memorial donations may be made to the Master Gardeners, Clinton County Cancer Fund or Clinton County Humane Society