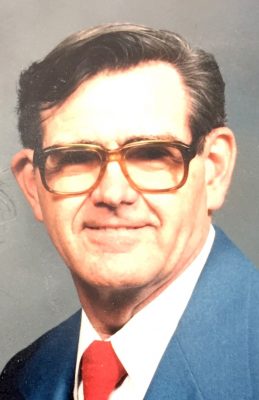 Arlo I. Bragg 81 of Frankfort died Tuesday, August 30, 2016 at Signature Healthcare in Terre Haute, IN.  He was born in Battle Creek, Michigan on August 9, 1935 to Ezra Martin & Lurana Driscilla (Schafer) Bragg.  His marriage was to Sarah Ann Eldridge on June 18, 1966.  Sarah preceded him in death on August 19, 2004.  Arlo had previously worked at Graves Bakery, Ingram Richardson & in the maintenance department at Wal Mart in Frankfort.  He was raised in Battle Creek and graduated from Owasso Bible College in 1956.  He moved in 1958 to Frankfort in order to attend the Frankfort Pilgrim College.  He served in the US Army with the 24th Infantry Division in Germany before returning home to graduate in 1965 from the Frankfort Pilgrim College.  Arlo was a member of the Bethel Bible Holiness Church in Frankfort.

Services will be held 11 a.m. Saturday, September 3, 2016 at the Goodwin Funeral Home. Friends may visit from 9 a.m. until the start of the service. Jim Eldridge will officiate. Burial with military honors will be held at Green Lawn Memorial Park following the service. Memorials may be made to Gideons International with envelopes available at the funeral home

In addition to Sarah, he was preceded in death by a son, Daniel I. Bragg.

9 Condolences for “Arlo I. Bragg”