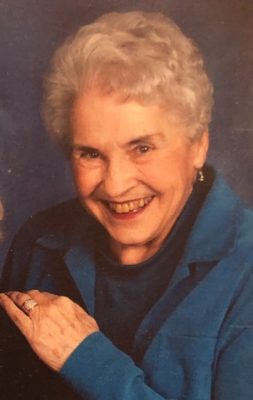 Ann was a 1950 graduate of Frankfort High School, attended Purdue University and was a 1954 graduate of Indiana University where she graduated Phi Beta Kappa and was a member of the Kappa Alpha Theta Sorority.   She also received an Adult Studies degree from Moody Bible Institute.

She was a member of the First Evangelical Presbyterian Church.

In lieu of flowers, donations may be made to the charity of the donor’s choice.

She is survived by her husband Fred of Frankfort; son, Charles Agnew and his wife Donna of West Lafayette, IN and daughter, Nancy Harper and her husband Neal of Carrollton, Texas, along with 4 grandchildren and 1 great grandson.

She is preceded in death by her parents, an infant daughter Kathryn Ann Agnew and a brother Charles Alter.

9 Condolences for “Ann A. Agnew”