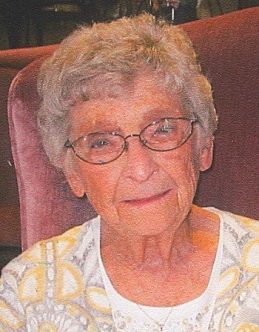 Jerry attended Jackson Schools and earned her GED at Pima College in Tucson, AZ at the age of 63.  She was a member of First Christian Church where she also volunteered her time in the “Happy Hearts” Ministry.

Jerry enjoyed spending time with her family, volunteering and helping others.  She previously volunteered and was past president of the Paul Phillippe Senior Resource Center, volunteered as a Pink Lady and was a member of the Modern Mothers Club.

Memorial donations may be made in Jerry’s honor to Wesley Manor 1st Floor Health Care Center or the Breast Cancer Research Foundation with envelopes available at the funeral home.

She was preceded in death by her parents, spouses, son: Rick Smith who passed in 1980, 3 sisters: Oralee Maynard, Judy Thompson, and Lura Brogan and her brother: Jack Waggoner.