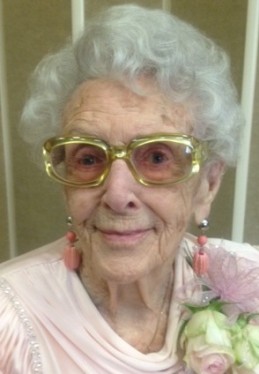 She was decorator for Stewart Furniture; worked in the Clinton County Assessor’s Office, operated the “Paris Style Shop”, and was an assistant manager for William H. Block Co., in Indianapolis. She was a member of the Christian Church in Kirklin and the Vero Beach Christian Church in Florida. She was a hostess on several trips to the Holyland. Alfretta was a member of the American Business Women’s Association, Business Professional Women’s Association, Rotary International, Zonta, Order of Eastern Star in Kirklin, instructor for the Red Cross, member of the Pink and Gray Ladies for the Red Cross, member of the Whitley Shrine Club in Fort Pierce, FL and the Navy League in Vero Beach, FL.

Visitation will be 4-5 p.m. Saturday, October 24, 2015 at Goodwin Funeral Home. Funeral services will follow at 5 p.m. at the funeral home with Robert Longdon officiating. Burial will be in Green Lawn Memorial Park. Memorial donations may be made to donors charity of choice.

One Condolence for “Alfretta B. (Butcher) Walker”