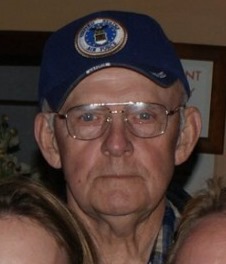 William Gordon Pugh, 81, of Kokomo, died March 4, 2020. He was born the tenth out of eleven children on June 28, 1938 in Indianapolis, Ind. to Charles Orville and Emma Agnes (Rawlings) Pugh.  He married Gayle Louise Sherrick on April 12, 1982 and she survives.

Bill was a 1956 graduate of Lawrence Central High School and attended Ball State University for 3 years.  He served for 28 years as a aircraft mechanic and Chief Master Sergeant E9 in the United States Air Force, until April 1987.  He then worked 20 years for Terra Fertilizer and was a bartender at the Michigan Townhouse.  He was a member of the American Legion and loved fishing and playing basketball.  Bill never sat still and was always on the go.  He was active at Louisiana Downs and Barksdale Air Force Base.

Visitation will be 1-4 p.m. Sunday, March 8, 2020 at Goodwin Funeral Home, 200 S. Main Street, Frankfort. Celebration of Life will be Sunday at 4 p.m. at the funeral home. Cremation will follow and burial will be at a later date in Arlington Cemetery. In lieu of flowers, the family asks that memorial donations may be made in Bill’s honor to the Parkinson Research Foundation, 5969 Cattleridge Blvd, Sarasota, FL 34232, with envelopes available at the funeral home.

He was preceded in death by one son, his parents and nine siblings.