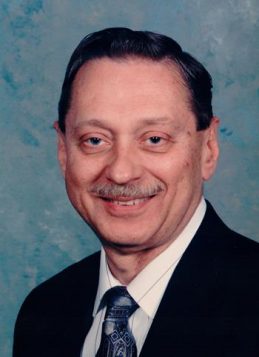 William was a 1951 graduate of Frankfort High School and a 1956 graduate of Purdue University with B.S. degree in chemistry.  He had worked at Allison in Indianapolis for 28 years, retiring in 1990.  Prior to that he worked for Pratt & Whitney in Connecticut for 6 years with the “Aircraft Atomic Engine Project”.  He authored several articles on mass spectrometry. While a member of the Eagledale Baptist Church in Indianapolis he served on the deacon board for 6 years and was a past chairman of the nomination committee. Bill is currently a member of the Faith Baptist Church in Avon, Ind.  He was an avid Purdue fan, and followed the Indianapolis Colts and Pacers. He was a former member of the Clinton Masonic Lodge in Frankfort.

Visitation will be 3-7:30 p.m. on Thursday, November 9, 2017 at Flanner & Buchanan-Speedway Funeral Home, 2950 N. High School Road, Speedway, Ind. and one hour prior to the service at the church. Funeral Services will be 1 p.m. Friday, November 10, 2017 at Faith Baptist Church, 7090 E US 36, Avon, Ind. Burial will be in Washington Park North Cemetery, Indianapolis. Memorial donations may be made to the Faith Baptist Church or charity of donor’s choice.

In addition to his parents and his first wife, he was preceded in death by a daughter, Judith LouAnn Hruban in 2002 and a brother, Richard Bratton.