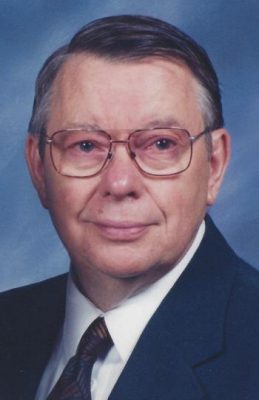 Walter was a 1947 graduate of Logansport High School and a graduate of Purdue University.  He was a veteran of the U.S. Army, serving in Germany.  He was owner of Hansen’s Grocery in Kirklin and prior to that, he was a bacteriologist with Pitman Moore.  He was a member First Church of the Nazarene in Frankfort, where he was a former Sunday school teacher.  He was also a member of the Lion’s Club, and the American Legion, both in Kirklin. Walter loved playing cards at the Paul Phillippe Resource Center, history, reading, was an avid Indianapolis Colts and Purdue fan and delivered meals on wheels.

Visitation will be 4-7 p.m. Monday, July 29, 2019 at Goodwin Funeral Home, 200 S. Main St., Frankfort. Funeral celebration will be 10:30 a.m. Tuesday, July 30, 2019 at the funeral home. Larry Purvis will officiate. Burial will be in Green Lawn Memorial Park. In lieu of flowers, memorial donations may be made to Paul Phillippe Resource Center.