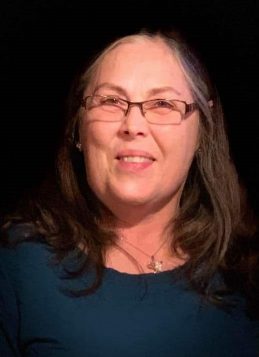 Venita Kim Henderson, 59, of Frankfort, died December 8, 2019 at her home.  She was born May 2, 1960 in Kansas City, MO to the late Norman Everett & Ruby Virginia (Vanslyke) Moore.  She was previously married to Robert Joseph Routh.  She married Jeff Henderson on January 6, 2013 in Tippecanoe County and he survives.

Kim was a 1978 graduate of Raytown South High School in Missouri.  She attended Southwestern Community College in Creston, IA, moved to Frankfort and attended Ivy Tech for 2 years.  She had lived in Ohio, Florida, Kansas, Missouri, Iowa and Indiana.  A homemaker, she also cleaned windows with her husband.  She was a member of the Messenger Church of God in Kansas City, MO. She enjoyed painting, quilting and crocheting.

She was preceded in death by her parents and her first husband, Robert Routh.