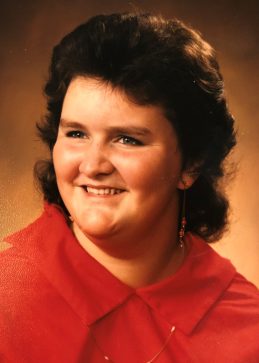 Tamala was a 1986 graduate of Clinton Central High School and lived most of her life in Clinton County.  She was a CNA at Wesley Manor for over 12 years.  She was a member of Cornerstone Assembly of God and enjoyed crafts, puzzles, music and her church.

A memorial visitation will be from 10-11 a.m. Saturday, July 25, 2020 at the Cornerstone Assembly of God, 5641 W. Mulberry Jefferson Road, Frankfort. Memorial services will begin at 11 a.m. at the church. Pastor Brad Fullerton will officiate the service. Goodwin Funeral Home, 200 S. Main St., Frankfort is assisting the family with arrangements. Donations may be made to Goodwin Funeral Home to assist the family with final expenses.

She was preceded in death by her parents and 2 sisters, Julia Stevens and Patricia Arnold and nephew, CJ Stevens.