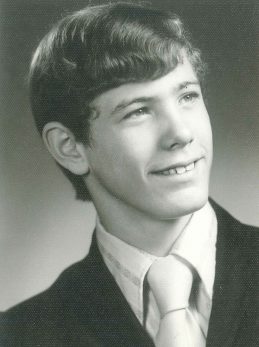 Steve was a 1973 graduate of Frankfort Senior High School and was a Mechanic with Dorner’s Chevy and Jagger’s Chevy.  He loved old classic rock music and enjoyed fishing and golfing.  He was also an avid NASCAR, Jeff Gordon, and Colts fan.

Memorial donations may be made to the Clinton County Humane Society, P.O. Box 455, Frankfort, IN  46041 or National Multiple Sclerosis Society, 3500 Depauw Blvd., Indianapolis, IN  46268.

No services are planned.  Inurnment will take place in the Garden of Prayer at Green Lawn Memorial Park at a later date.

Surviving along with his father: James are his Sisters: Pamela (Larry) Miller, Susan (Rick) Montgomery, Judy Donoho, Barbara (Steven) McKibben all of Frankfort; along with several Nieces and Nephews.

He was preceded in death by his mother, Dorothy on October 3, 2019 and his niece: Rachel McKibben.