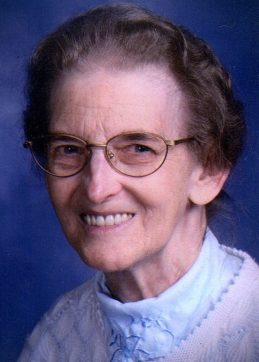 Sue was a 1953 graduate of Southern High School. A pastor’s wife, she and her husband started their ministry in 1960 at Paoli, IN pastoring in various locations before retiring to Frankfort in 2005.  She was a member of the Frankfort Bible Holiness Church.  She enjoyed music, playing the piano, especially playing for the residents at Clinton House, gardening and talking to her best friend on the phone.

Visitation will be 5-8 p.m. Thursday, August 15, 2019 at Goodwin Funeral Home, 200 S. Main St., Frankfort. Funeral Celebration will be 11 a.m. Friday, August 16, 2019 at Frankfort Bible Holiness Church, 1947 W. Barner St., Frankfort, with visitation there from 10-11 a.m. prior to the service. Burial will be in Bunnell Cemetery. Memorial donations may be made to the Frankfort Bible Holiness Church.