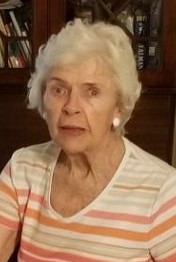 Sally Elizabeth Schrider McKnight, 87, of Indianapolis, Indiana, passed away peacefully on January 16, 2021 after succumbing to Non-Hodgkin’s Lymphoma cancer which she had valiantly battled for over 32 years. She was born on July 2, 1933 in Toledo, Ohio to the late Dr. John E. & Louise (Brunson) Schrider.  She married Hugh P. McKnight in Dayton, Ohio on August 18, 1956 and he preceded her in death on January 12, 2021.

Sally was a 1955 graduate of Miami University in Oxford, Ohio, and earned a bachelor’s degree in Elementary Education. She later completed her master’s degree in Library Science at Butler University in 1971.  While at Miami University, she was a member of Chi Omega Sorority (Beta Tau Chapter).  After graduation from Miami University, she started her education career in Milwaukee, Wisconsin, as an elementary school teacher. Subsequently, she lived in both Madison, Wisconsin and W. Palm Beach, Florida prior to moving to Indianapolis in 1963.  She worked as a librarian for the Indianapolis Public Schools for 20 years, retiring in 1988.  Sally was always very sociable and never met a stranger and was full of laughter.  She had many passions including her love of gardening and was known to share her many varieties of Hosta plants with friends and neighbors.  She had a fondness for all types of animals (especially raccoons!) and was often seen feeding and taking care of wildlife.  She was steadfast in her belief to give back to the City she lived in and gave of her time to many organizations.  She was a member of Second Presbyterian Church in Indianapolis, Women’s Department Club, Classic Car Club of America, and Master Gardeners.

She was preceded in death by her parents, and her brother-in-law’s Harold Thompson and John Sajo.