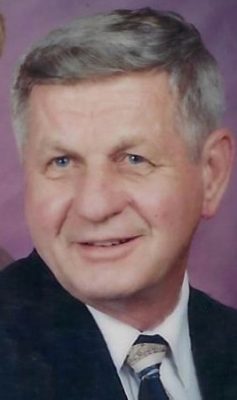 Bill was a Marion High School graduate and attended college at Ball State University.  A veteran of the U.S. Navy, he served from October 1961 to February 1966.  He was a member of the St. Mary’s Catholic Church.  He was general manager of Smurfit-Stone Container Company for 31 years, retiring in August 2000.  Bill was a lifetime member of the Frankfort Jaycees, where he was past president, Elks & Moose Lodge, American Legion, former Frankfort Country Club, where he was past president and the Knights of Columbus.

In addition to his parents and wife, he was preceded in death by a brother, Bobby.