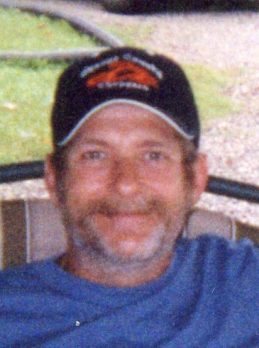 Mike was a resident of Frankfort for 40 years and attended Clinton Central Schools.  He worked for Exide Battery in Frankfort for 16 ½ years and Fairfield in Lafayette for 10 years.  He enjoyed fishing and working with wood.  He was an animal lover and spent lots of companion time with his dog China before her death in 2016.

Memorial Donations may be made in Mike’s honor to the Clinton County Humane Society, 825 Izaak Walton Drive, Frankfort.

He is preceded in death by parents, an infant sister:  Pam Riggs, and brother: Terry Riggs.