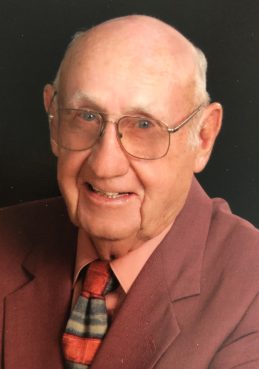 Bob attended several elementary schools in the Kokomo area and Beard Elementary School.  He graduated from Michigantown High School in 1951.  After school, he served in the U.S. Navy with the Seabees MCD9 as a 1st class petty officer, in the Philippines, Alaska and Japan.  Bob enjoyed working in the construction field where he operated the 1st Tower Crane in Indiana at Purdue University.  After working construction, Bob decided to start his own paving company, Crenshaw Paving, Inc. in 1965 where he worked until suffering a stroke 4 years ago.  The company is still currently being operated by his family.  Robert was a very active member of the Michigantown United Methodist Church where he loved attending.  He was also a member of the Michigantown Fire Department, Community Club, Moose Lodge and Beard Masonic Lodge.  Being an avid sports fan, Robert helped form the Michigantown Little League which is still part of our community today.  He also enjoyed snowmobiling in Michigan with his family, playing cards with his dear friends, and loved attending his sons and grandchildren’s school sports and activities.

Due to the current circumstances facing our Nation, this service will be live streamed on Thursday-April 16, 2020, at 10:30 a.m., please click on the link to participate.

Private family services will take place on Thursday at Goodwin Funeral Home, 200 S. Main St., Frankfort, Ind. Pastor Mike Flowers will officiate. Burial will be in Whiteman Cemetery, Michigantown, Ind. Due to current circumstances facing our Nation, this service will be live streamed at 10:30 a.m. on Thursday, April 16, 2020. To participate, look for the link on our website. Memorial donations may be made to the Michigantown United Methodist Church, P.O. Box 237, Michigantown, IN 46057.

He was preceded in death by his parents, three brothers, James, Elry and Rex Crenshaw, one sister Mary Matt Hullinger and daughter-in-law, Micki Crenshaw.