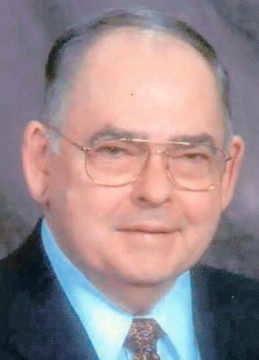 Robert E. Mast 79, of Frankfort, died at 12:15 a.m. Monday, August 24, 2015 at Wesley Manor.  Born June 29, 1936 in Frankfort, IN to George Earl & Martha (Stine) Mast.  Bob was a 1954 graduate of Frankfort High School and a 1959 graduate of Purdue University. He grew up in Frankfort and after college worked in Kendallville, Paoli, Indianapolis, Lincoln, Neb., Washington DC & back to Indianapolis before retiring in Frankfort. Bob worked as an Assistant State Conservationist for the USDA Soil Conservation Service. A veteran of the U.S. Army, he served in the reserves from January 1960 until being discharged in January 1969. His memberships include; First Christian Church, Frankfort Rotary, Masonic Lodge #119, Scottish Rite – Valley of Indianapolis, Sesostris Shrine – Lincoln, Neb., Purdue Alumni Association, Soil & Water Conservation Society, Organization of Professional Employees of USDA and Council Member at Large for Boy Scouts of America. He was awarded the silver beaver award, the highest honor given by the BSA.

Memorial visitation will be 4-6 p.m. Thursday, August 27, 2015 at the First Christian Church, 58 S. Columbia St., Frankfort, with the Memorial Service beginning at 6 p.m. at the church. Pastor Pam Ditson McCall will officiate. Private family burial will be in Green Lawn Memorial Park. Memorial donations may be made to Wesley Manor Memory Care Unit, or the First Christian Church.