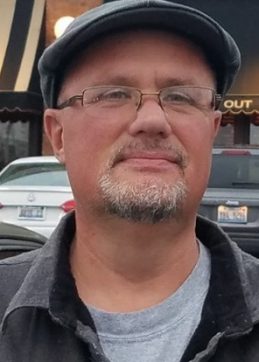 Ricky was a graduate of Clinton Central High School and attended Vincennes University.  He was a long-time bartender at the Frankfort Country Club and worked for the City of Frankfort Street Department for several years.  Ricky was a member of the Eagles Lodge.  He enjoyed the Beatles, Miami Dolphins, and old cars, especially his 1967 Oldsmobile Cutlass.

Visitation will be 10-11 a.m. Tuesday, November 7, 2017 at Goodwin Funeral Home, 200 S. Main St., Frankfort. Funeral services will begin at 11 a.m. at the funeral home. Burial will be in Green Lawn Cemetery. In lieu of flowers, the family request donations to Clinton County Cancer Fund in memory of Ricky.

his mother and a daughter, Erin N. Sheets.