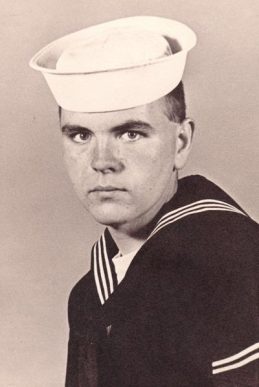 Richard Lee Sheets, 70, of Frankfort died July 16, 2017 at his home. Born June 27, 1947 in Lafayette, Indiana to the late Edward & Dorothy (Klooz) Sheets.  He was married to Vickie Goff and they later divorced.  Richard was a 1965 graduate of Clinton Prairie High School and a longtime Frankfort resident.  A veteran of the U.S. Navy Seabee’s he served in the construction Battalion from 1966-1970 during Vietnam and received 2 purple hearts. He was a postman for the U.S. Postal Service, retiring in 2005.  Richard was a member of the Frankfort VFW, American Legion, and the Eagles Lodge.  He enjoyed shooting guns, spending time at Hoops and loved to watch NASCAR.

Visiting will be 9-11 a.m. Friday, July 21, 2017 at Goodwin Funeral Home. Funeral service will begin at 11 a.m. with Military Honors at the funeral home. Memorial donations may be made to the American Lung Association.

In addition to his parents, he was preceded in death by a sister, Janette Anno.