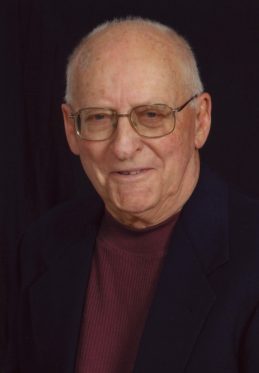 Dick graduated from high school at Auburn Academy in Auburn WA, Lab and Radiology Tech School in Minneapolis, MN, and additional classes at University of San Francisco.  They moved to Frankfort in July of 2008.  He was a veteran of the US Army, serving in Germany during the Korean War.  He retired from the Kaweah Delta Medical Center in administration.    He was a former board member of the Frankfort Rotary Club, Frankfort Crossing School and the Clinton County Boys & Girls Club. In January 2017, he was named Times Citizen of the Year.  Dick enjoyed fishing, was an avid mountain biker and reader.

He was preceded in death by 2 sisters, Phyllis Hasse and Mary Weijon and 2 brothers, George Sutton and Jim Sutton.